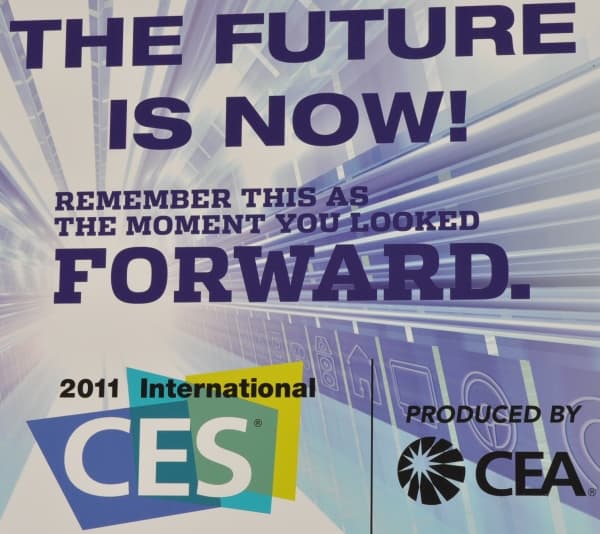 I won’t use any false pretenses. I went to CES last year and had a great time. I worked my ass off, and even though ultimately the company I wrote for refused to sponsor me and then later refused my work after saying they’d take it, I came out ahead because I enjoyed myself (oh, and I won a gaming PC, if we’re going to continue full disclosure).

Last year, CES wasn’t a haven for gaming like it once was. Years ago, it was E3. CES used to be the technology and gaming convention of the year. The five game journalists at the time were surrounded by tech journalists, industry analysts and marketing staffs, but they all got special treatment because nobody else cared about gaming except for the exhibitors.

Then E3 was created (in fact, with the help of a friend of mine who hated traveling to Vegas and wanted something closer). CES quickly lost it’s gaming news, for the most part, to E3, but for CEA (the organization which runs CES), it wasn’t a big loss. Yet at E3 we still get almost no gaming tech news except in keynotes, in the last few years solely from Microsoft, Sony and Nintendo.

This year’s CES? A total bummer. While I went for Tom’s Guide to provide articles for tech, I always keep my eyes open for gaming news. Suffice it to say that last year the list was much, much longer.

Admittedly, there are more high-profile titles shown at CES this year than there were last year: God of War 3 (E3 demo), Heavy Rain (demo of which video was shown two weeks ago), Gran Turismo 5, MAG, Bioshock 2, Mass Effect 2, and a few smaller titles. Last year, Sony had Killzone 2 and Home, and EA showed off a bunch of their kids games.

Yet in lieu of three and a half days worth of CES and readying for the fourth, I find myself unhappy with the trip overall. Even though I got the chance to see familiar faces and meet new people, see new technologies and hopefully plan out some great content (for here and abroad) in the future, there really isn’t anything spectacular, especially when it comes to gaming. Microsoft didn’t show Natal to press, and Sony didn’t show the Magic Wand either. Some companies made some reasonably big announcements, but nothing that I think will help shape the future of gaming or the industry, which is sad.

It basically means we shouldn’t expect any seriously new technology for gaming this year. The only exception is Natal, but it’s scheduled for holiday 2010, which is practically a year from now.

Over the coming days, I’ll publish previews of the games I’ve played that are worth writing about (and thus reading), but I can’t help but have an empty feeling about this show. There are only so many conventions I have the opportunity to attend, most of them on my own tab, and even though financially this one will work out, I’m not actually happy with the results.

If you took a trip to CES this year or plan to in the future, reconsider it. I doubt I’ll skip it in the future, only because I need to pay the bills. But I finally can appreciate the frustration many tech journalists have with the show, that so much utter junk is shown, and it’s literally the job of the journalist to find the hidden jems. Like I didn’t even know Mass Effect 2 was playable with a 45 minute demo until an English buddy of mine asked if I’d played it.

If this year’s CES is any indication of the future of gaming tech, there is literally nothing to see here. If the show’s anything like Groundhog day, then this year is going to be a drought for gaming tech.

Unless, of course, Apple reveals something ridiculous for us to game on.