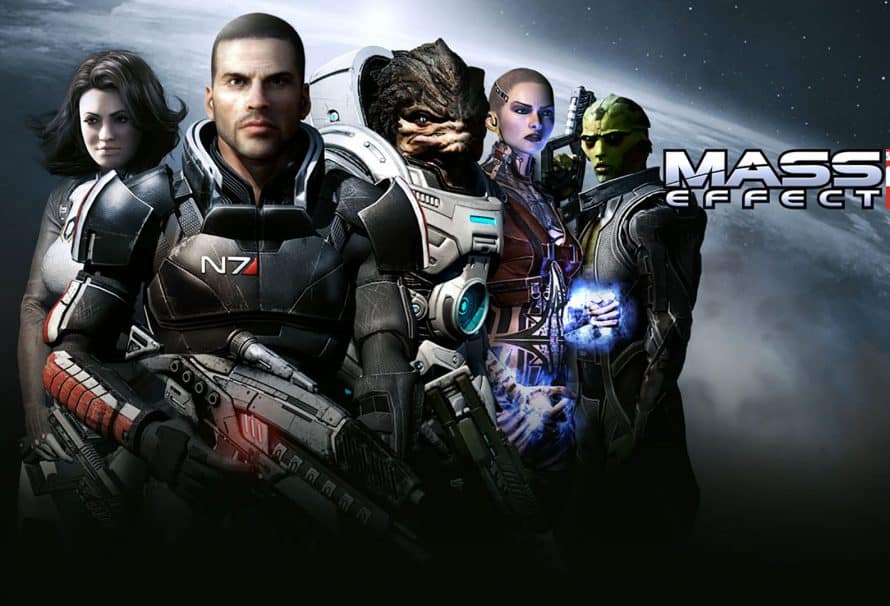 Right now, as I type the game latest news, I am in a round-table conference with Ray Muzyka, CEO of BioWare. We’re discussing Mass Effect 2. After a brief introduction, Mr. Muzyka answered a bunch of press questions, many of which were honestly dumb, but some very interesting answers that I’m not allowed to go into a bit more detail about.

All weapons use ammunition. That’s right, if you liked how weapons in Mass Effect had unlimited ammo and overheated, too bad. Mass Effect 2 will limit all the weapon’s ammo, so you’ll be picking up and running out of ammo just about everywhere you go. Unlike our gameplay at PAX and E3, it’s not only heavy weapons that require ammo, but everything down to the pistol. I can’t say I’m happy about this, and I’m sure plenty of you aren’t either. However, as always, how it’s implemented is the key, so we’ll have to see if they made it better than our beloved infinite-ammo.

I don’t see how they could, but who knows.

Customization in Mass Effect were pretty moot. You could change the color of your armor, the type of armor, and your character’s face. Besides that, nothing. Mass Effect 2 completely revamps customization. All the old stuff returns, but now you can actually color just about everything. Special stations are available for this, though what that means entirely is questionable. What we do know is that you will actually be able to customize stuff, but how much is also questionable.

Commander Shepherd’s story is not just about him, but about his crew as well. Recent videos indicate that there are quite a few people to choose from, but there is also loyalty. Loyalty is essentially a point-based system that opens or closes optional missions based on how loyal you are to your teammates or their beliefs. Whether that means you can be disloyal to teammates enough to have them leave or have them turn on you is questionable, but that would certainly be an interesting turn of events for the story.

Working with the Dragon Age: Origins team has rubbed off on the Mass Effect 2 team, so there are many more RPG elements than the first. The point-based systems are more discreet, so doing something won’t simply be “good” or “evil”, but there is certainly quite a few systems in play at all times.

Besides constantly hearing that Mass Effect 2 is the “darker, more intense” 2nd act of the trilogy, the game is clearly described as Shepherd doing his work, fulfilling various quests, but with the naivety of both humanity and the alien species hindering his actions. What does that mean? Most likely that Shepherd will go out to investigate the Reapers, the super-advanced, non-biological species that came to wipe out all life in the first game. Knowing politics today, I bet nobody outside the military knew about the Reapers, and it’s being kept a secret so society doesn’t go bonkers. Because, you know, people (and aliens) are stupid.

Mass Effect 2 may be a single player only game, but that doesn’t mean you won’t have the ability to enjoy it with friends. While Muzyka didn’t say what it was that would be implemented to support social applications, he did say that they are absolutely working on integrating social apps into Mass Effect 2, just like they did with Dragon Age: Origins.

He’s in the game. He was the guy from the trailer, and he’s voicing the Illusive Man. It’s been formally announced now.