Adding to their line of 24kt gold laptops, Blackberries, and iPhones, Computer Choppers have announced a golden PlayStation 3 Slim. Costing a mere $4,999, this PS3 probably won’t be at the top of very many Christmas lists, at least not for us common folk. The console comes with two matching controllers, your choice of a plated or anodized PS3 logo, and a one year full coverage warranty because, after all, this is one investment you wouldn’t want crapping out. 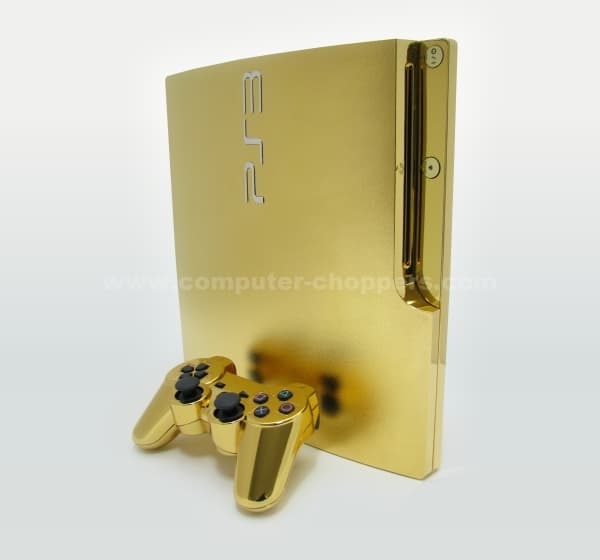 Computer Choppers also announced that a jeweled, limited-edition model with a lifetime warranty will be available in the coming weeks.

I’ve got a question. How many of these do they actually sell?